Well here we are, The week of comiket has arrived! lets begin! 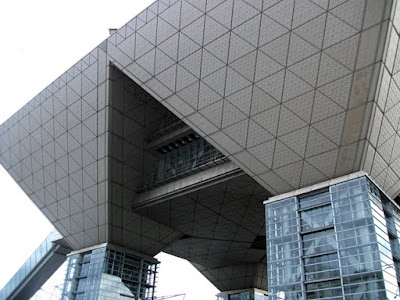 Well day one began at 5:30 in the morning, Today is not my day to sell at comiket so I only took some stuff with me. 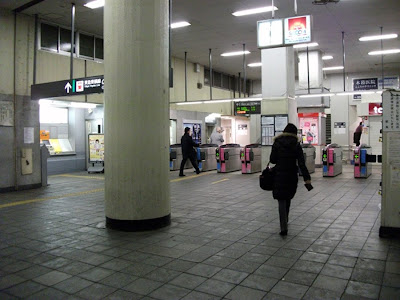 Toritsu-Daigaku Station. Pretty empty this early in the morning. 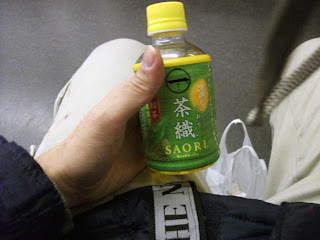 Grabbed some breakfast and lunch for later on at a convinience store.

Its a pretty big hassle to get food at Comiket so buying or bringing food from home is the way to go. 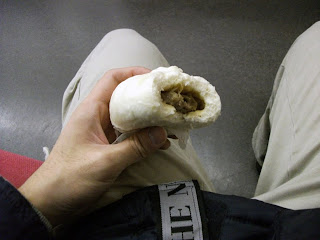 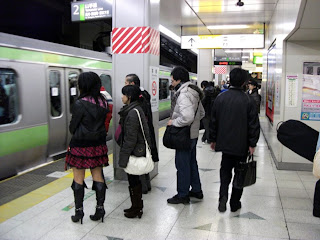 Shibuya, Yamanote line. More people appear. By the time I get to Osaki, you know everyone there is heading to Comiket. 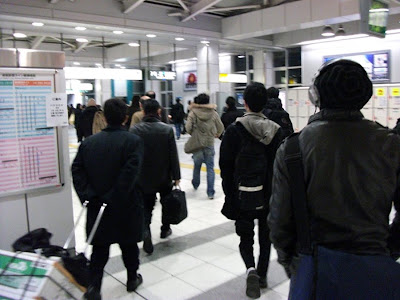 I had nothing I was aiming to buy at comiket so I was in no rush (even though I left this early in the morning). It was funny watching people rush and run for the trains :3 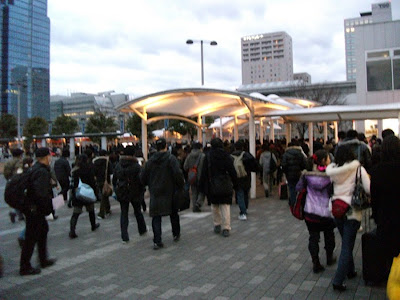 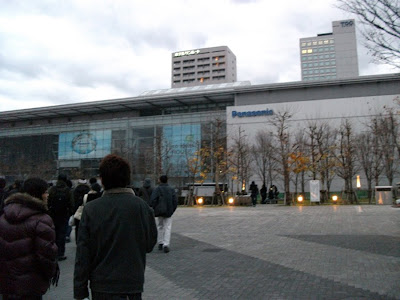 The Panasonic Building I plan to meet couple peopl at later this afternoon. 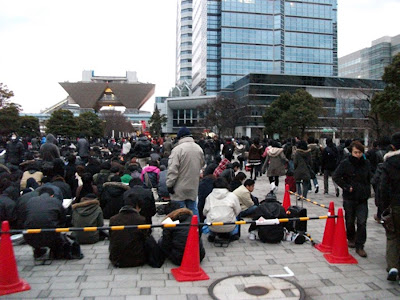 I seriously wonder how early these folks get here. 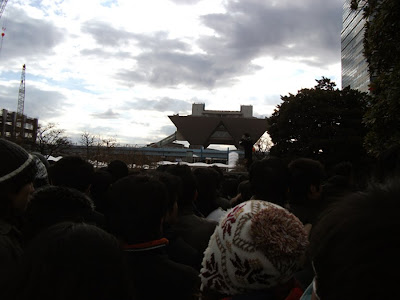 Lining up for comiket is Hell no matter when- Summer = uber hot. Winter = uber cold. I`m not quite sure which one was more tolerable. I waited from around 7:30-10, we got in at around 10:20. 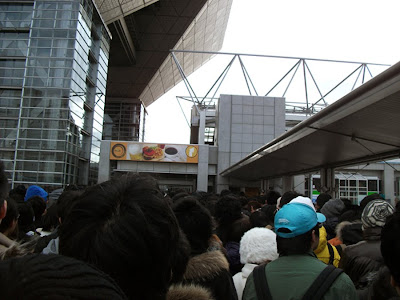 Getting in is a pretty hard struggle as well. 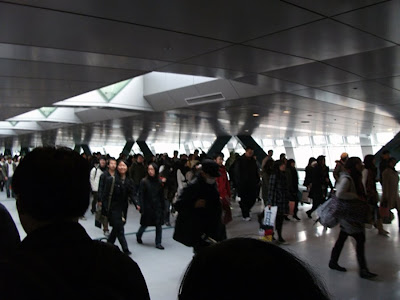 I went to the West Hall first this time, to the Commercial Booths.

I`m going to separate this journal with the good stuff, but keep looking for shots of the doujin booths. 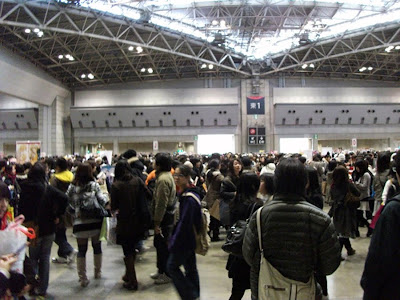 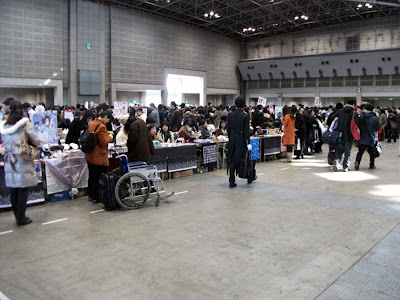 This is the section I`ll be in tomorrow. Seems like it a bunch of Kuroshitsuji stuff today. 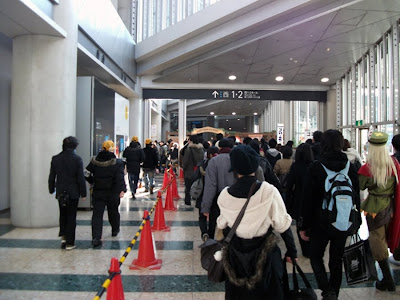 Well, heading to the West hall for the good stuff. 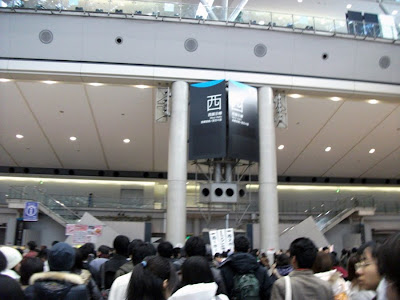 I`m taking a break, move on to the next blog entry for Comikets good stuff :3