Today was the DAY! Man it was an experience... here we go 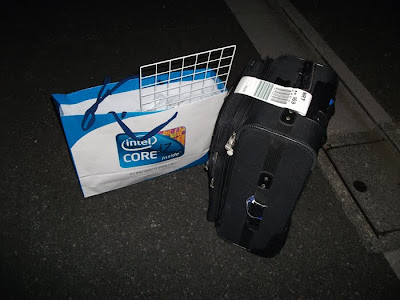 Got my gear set, time to go 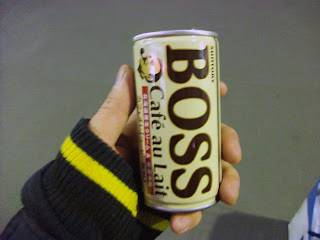 Coffee to fuel me today 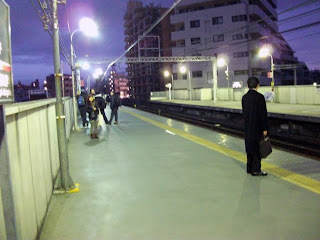 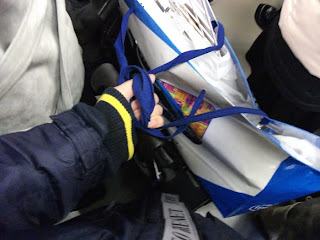 By the time I was on the Rinkai line it was packed... 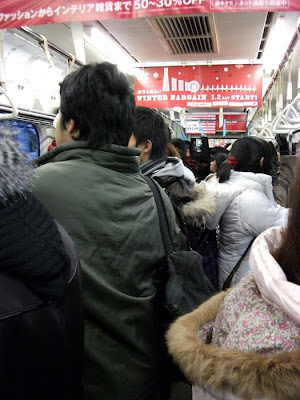 Met up with Arina, Then headed to the Circle Participant path 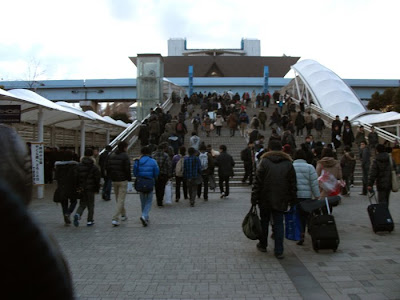 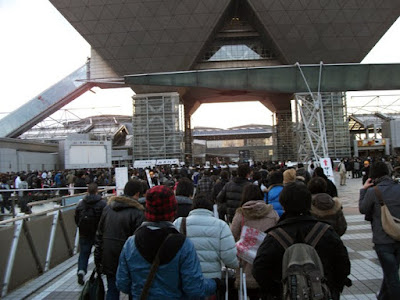 There were actually people waiting up here. Never knew people waited to enter this close. LOW AND BEHOLD: MY TABLE 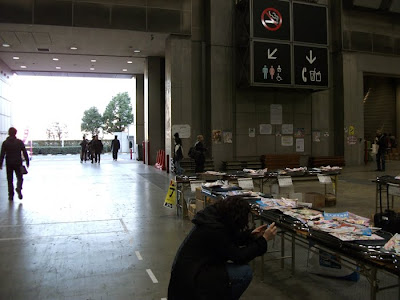 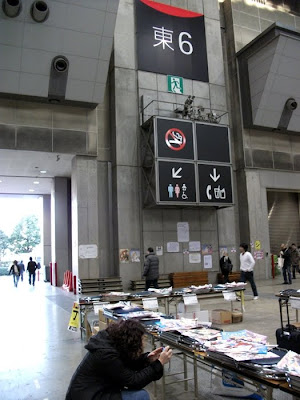 Hall 6! Touhou for all XD 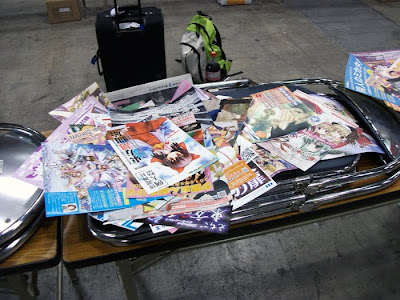 First look at our table, topped with ads 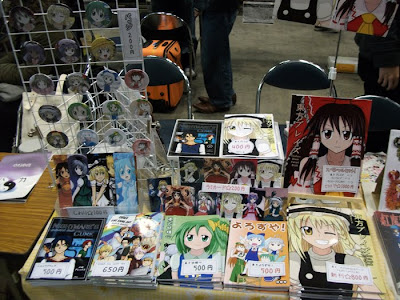 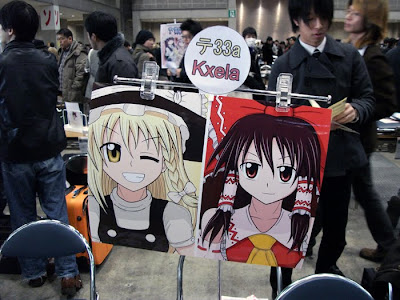 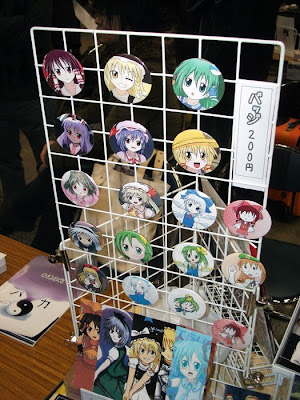 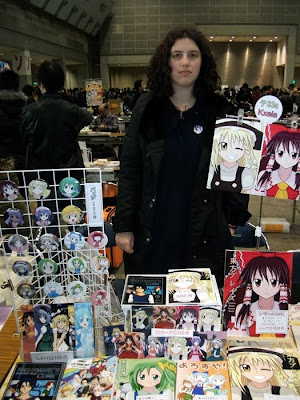 Arina behind the table 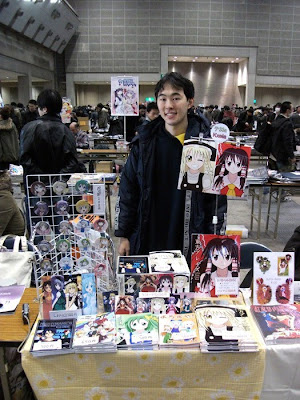 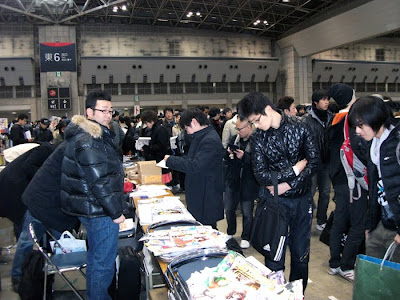 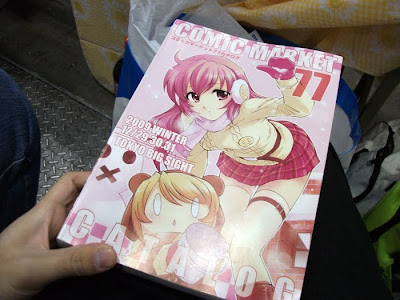 Finally got my hands on a Catalog 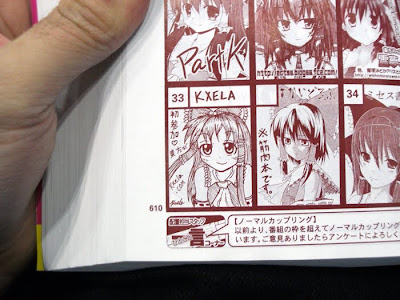 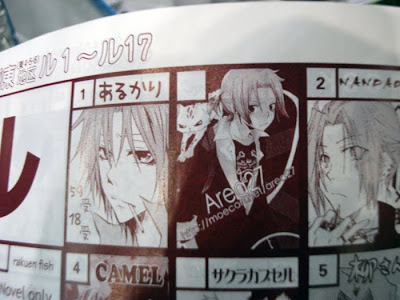 Kurot was participating at the other end of the hall. I got to meet her and she bought my book, but I didnt have my camera (doh...) but she was cool. She said she`ll be doing touhou for Summer Comiket 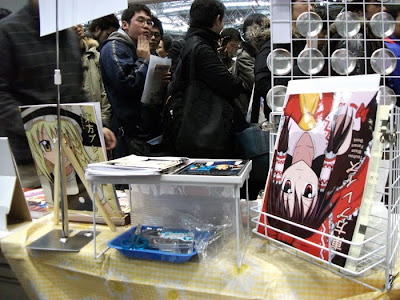 lol behind the scenes 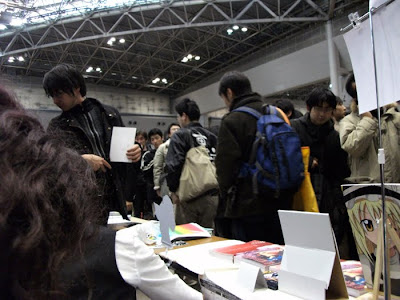 quite suddenly a ton of people came pouring in...it wasnt even opening time yet 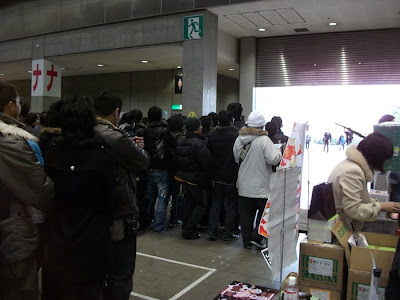 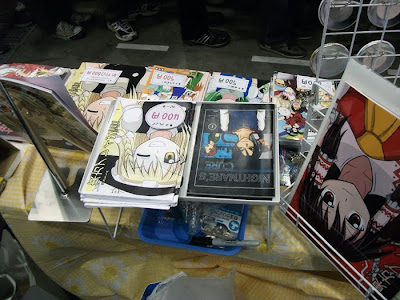 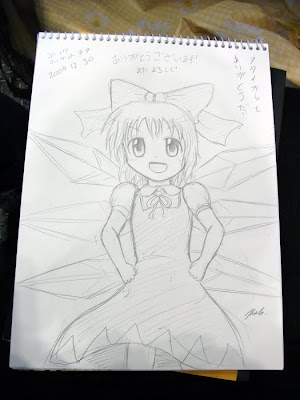 The first person requested Chirno. The second Person Requested Remillia but I gave the sketchbook back to him without taking a photo. darn. 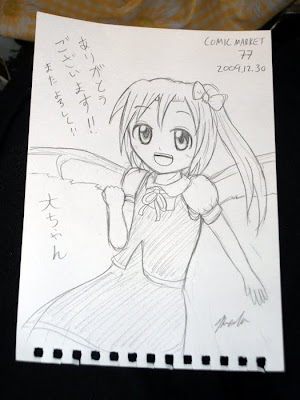 over 25 badges sold, Selling out of Reimu, Marisa, Sanae, and all three versions of Daiyousei 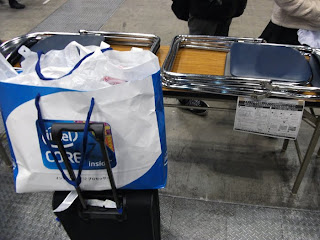 Well it was a quick seven hours, before I knew it- it was time to leave

Marina and her boy friend came and met us. Arina was tired and went home, but we went and had something to eat and chatted for a while. 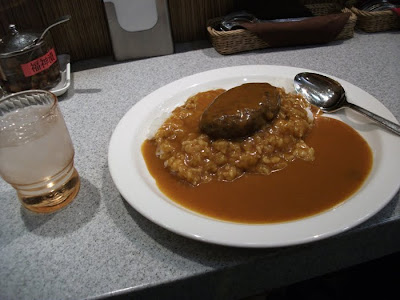 We went and had curry at the Shinagawa Station 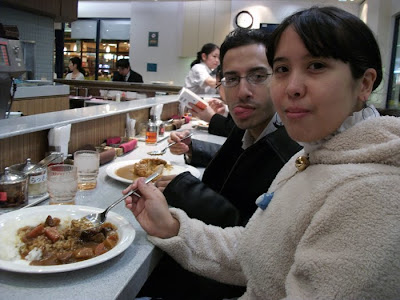 Finally met them after couple tries!

Marina draws the webcomic - Within Shadows 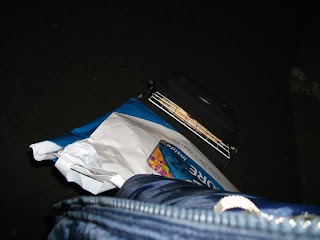 I got back home, it was one tiring day but it felt a bit strange now that six months of work that went into this one day is now over.

I told Arina about Circle Revolution, as this is the first step I`ve taken to build that group. Now that I`ve successfully participated in comiket, I can do it again easy and maybe help others to do so as well.

you know I'm really tempted but I just dont have the cash!
I'd like to visit comitia when ever, though the language barrier wont help

I want to go to Comitia too, I want to make something original in Japanese before I do though. Looks like I'm staying in Japan for a while so lets see if we can arrange something some day :3