Well, I really should have done this on July 31st rather than August 31st.
Thats right, the month of August was when the life-sized original Gundam RX-78 was built at the Shiokaze Park in Odaiba. I was extremely busy the last week of August, but August 31st was a free day for me. And it was also (supposively) the last day that the Gundam would be standing.

Well that morning, I woke up at around eight or nine and turned on the TV.

Typhoon Number 11 is about to hit the Kanto Area Tonight.
...

Outside was raining.
I really wasnt sure if I should go. But my Grandpa said if I had anything to do today I should do it early.

and it worked out. Now to Replay the epic trip: 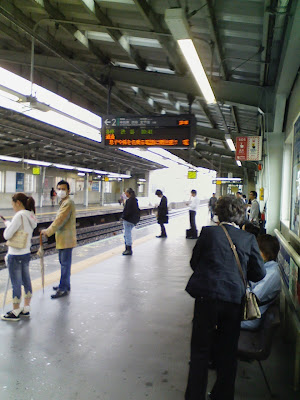 Regardless of the fact that a Hurricane was about to hit this area, people were living their daily lives normally, riding the train with their umbrellas.

I took the same route to Odaiba as I did when going to Comiket, So it really wasnt that hard finding my way, I just found out what station to get off. Tokyo Teleport Station (fun name) was the one closest to Shiokaze Park.

Once I got to the staion: 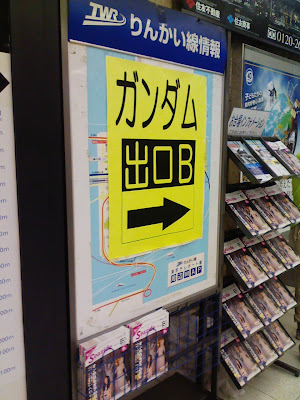 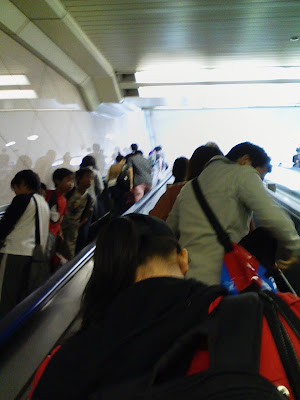 There was actually a quite of bit of people with the same mindset as me.
Many of them were kids. Also in Japan many start school the day after this day. 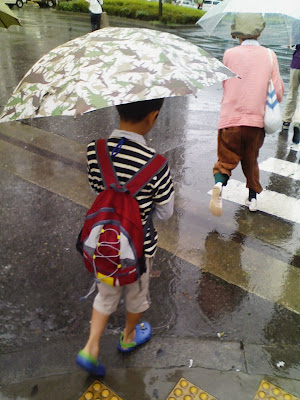 Little kid walking infront of me. 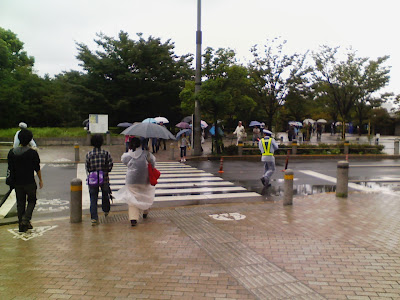 Last street to Cross before entering the park. 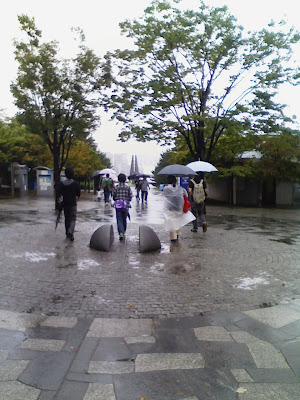 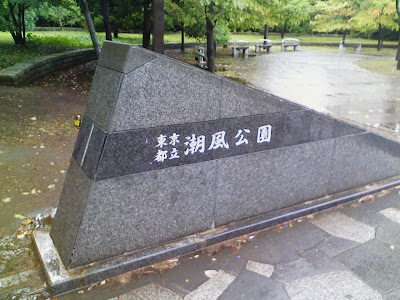 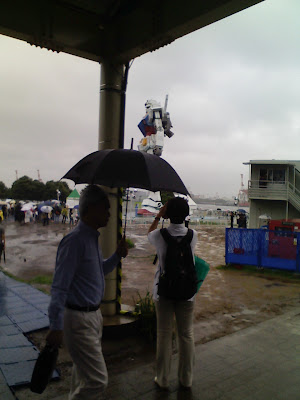 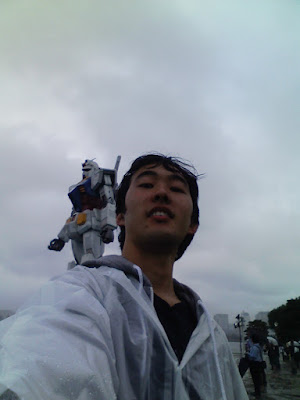 Get out of the way! can`t see the Gundam! 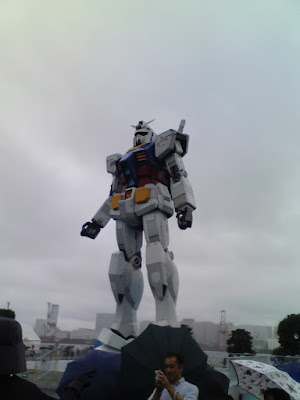 anyways... it sure was an awesome sight. Thought itd be a bit bigger, but thats cause of how people took the photographs. But it was really big anyways. 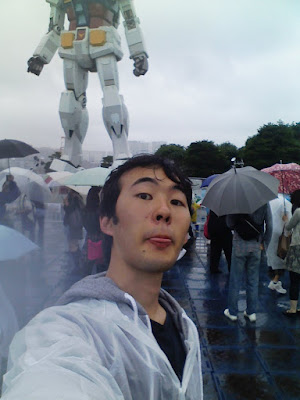 I try to Snap another photo of myself only to cut off the Gundams head in the picture. 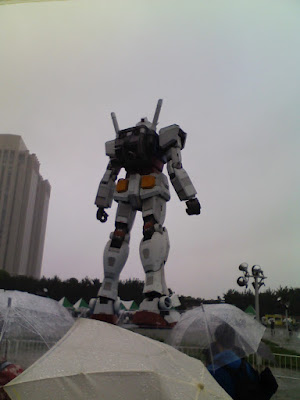 The details of the gundam were so cool. Heres the back side. 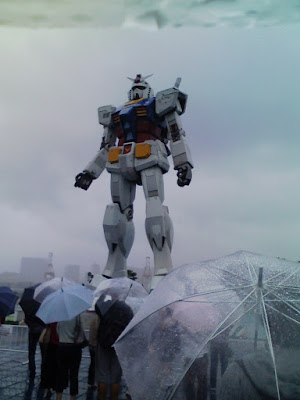 and front again. I took a video doing a 360 walk around the gundam I might upload later. 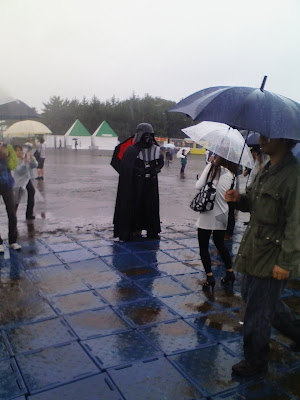 Even Darth Vader couldnt miss the lasat day of the Gundam Showing. lol


All of the Pictures above were taken with my new cell phone camera.
My digital camera....sorta broke when I went on my trip with my relatives.
It still works, Just the LCD is cracked and I cant see a thing on the monitor.
Other than that it takes pictures fine. I just need to eye it myself.
The Pictures from here were taken with my broken camera. 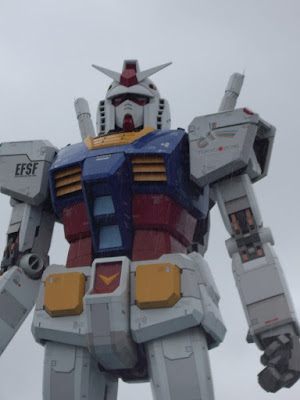 I`m rather proud of this picture. Took it full zoomed up. probably the better of all the ones I took. 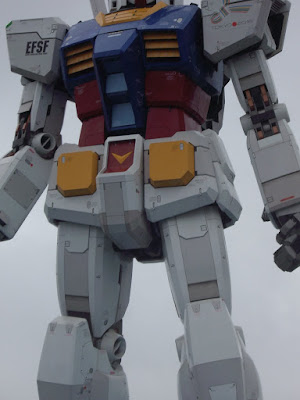 Down a bit to see its solid body XD 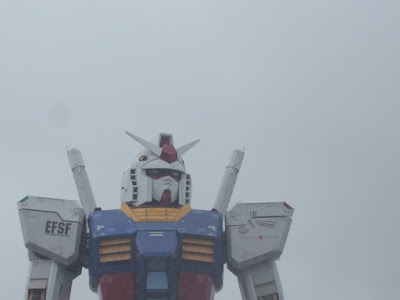 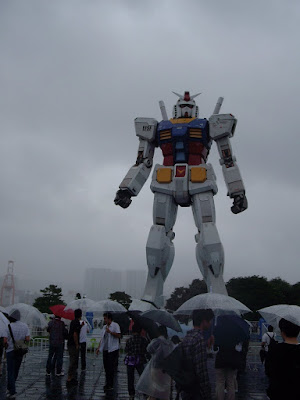 Man there was quite a bit of people. 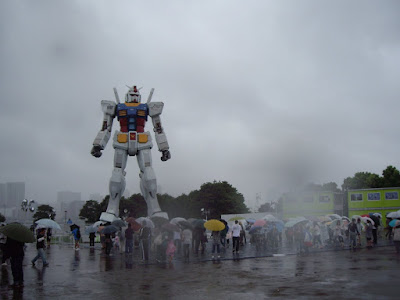 I got soaked in the rain. But it was one fun adventure, I was glad to see the Giant Robot in person :D

That completes one of my summer Japan goals for this trip XD
Posted by Kxela at 11:31 PM 2 comments: