Well, I actually arrived here a day earlier than expected, giving me two extra days to prepare for comiket (I thought it would be zero, first because I thought I`d be here on the 27th, second because I thought for some odd reason that comiket starts on the 28th....its from the 29-31st) 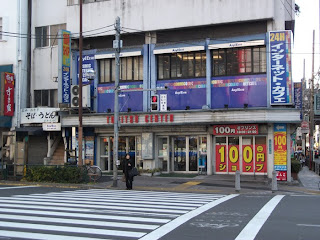 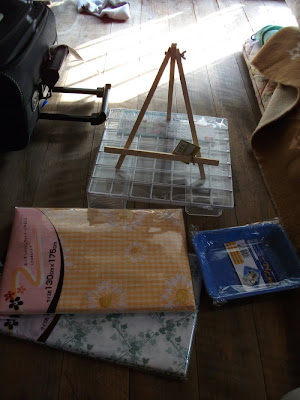 Here are the stuffs I bought- Table Cloths, wired trays, plastic box thingys, money tray, and a display stand. This should be good to give me more extra space and make my table stand out with decorations :) 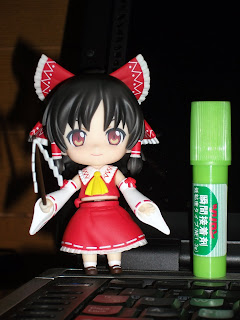 Also bought Super glue... If you looked close enough You would have noticed that Reimu`s Bottom Right Ribbon was missing in the prvious pictures of her. TxT I broke it that day. But fear not, the glue was like magic and everything is nice and neat again XD 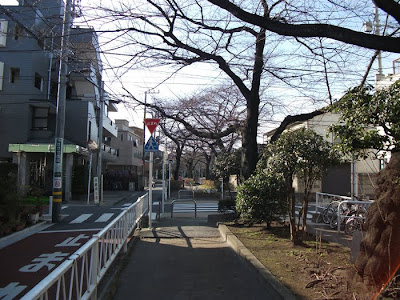 Tokyo has gotten quite cold...

The tress have lost their leaves and the atmosphere is more melancholy than during the summer. I love this peaceful quite setting though, never happens in Florida :P reminds me of back in Washington we had weather like this. 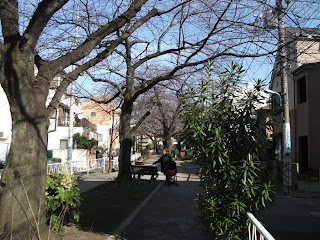 I forgot my other picture, but to the right of this picture is a Drink Vending machine next to a house that I mooched the wifi from... Looks like they learned to lock it though... It was my favorite wifi mooching spot lol (if you read this, I am very sorry for taking your wifi) My relatives house with wifi flying is like super close so it doesnt really make much difference, but I did like using wifi chillin next to a drink machine. 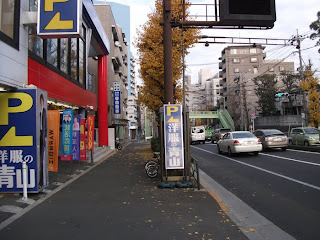 After Shopping I decided to go out and meet some of my friends.

Took the bus there, the above shot where I am standing is where the stop is. 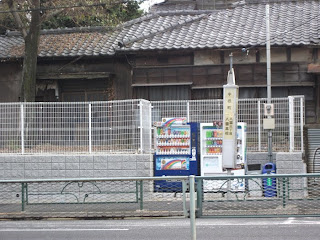 The Bus stop on the other side. I sometimes get off there when coming home. 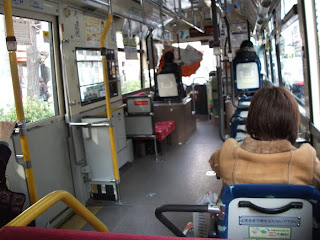 Later on in the evening we went to Azabu Jyuban: 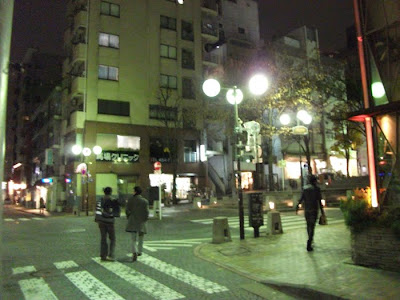 Pretty nice area, there was a wendy`s we rendezvous at 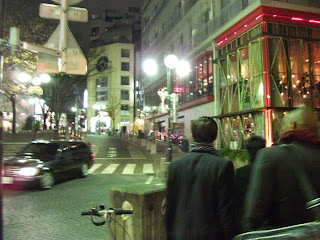 First place I went to eat out: MEXICAN. Weird. 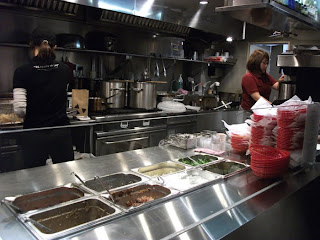 We went to a place called Frijoles. Menu was in ingles (english) 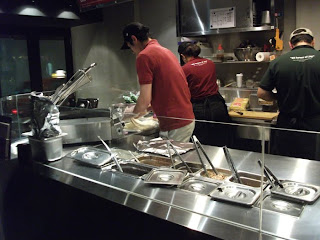 Surprisingly They all spoke English too.

Though not to me, being a stealth Gaijin lol 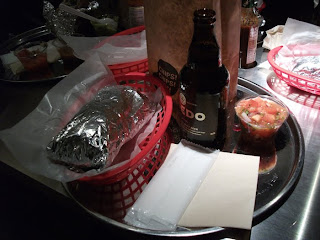 Who woulda thought I`d be having a Steak Burrito this soon?

They had corona but I dont really care for it so I went with a japanese beer. Pretty good.

The chips werent all that great but, 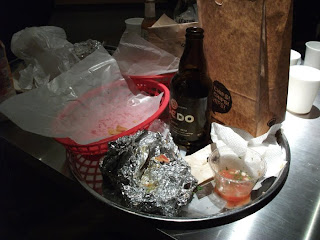 I was pretty hungry

Ran into some cool Japan awesomeness. 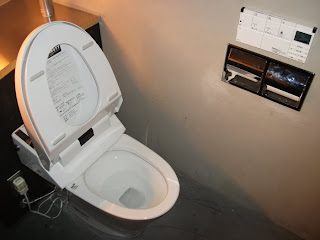 But this thing senses you coming and the seat opens for ya.

When you`re through, autoflush and then it closes as you leave.

My timing was bad though, I came in as the seat was closing it didnt sense me coming in haha. luckily instead of touching the dirty toilet seat, theres a button to lift it up automatically :3 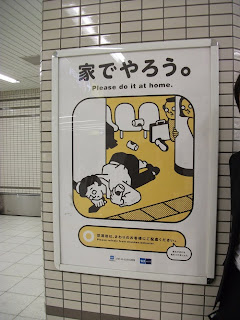 Sign is indicating that they`d like you to go home and get drunk, not in public. There`s all sorts of these weird signs like this. I might start collecting them with my camera XD; 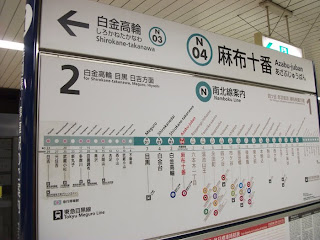 Its funny that I`ve learned my way around Tokyo this well in the short amount of time I was here last. I know how to get home by seeing the connecting stations to the trains I ride back. From Azabu I go to Shirokane-takanawa, to Denenchoufu, to ToritsuDaigaku- my home station.

Tomorrow (well actually today) I`m going out to probably Shibuya or Akihabara once I finish writing this blog. I`ll also blog about manga cafe`s which is where I am typing this out right now.