Comiket Right around the corner... 2 days til I hit it to Japan

Wheeeew
Man it's been both a LONG time and feels like the days went by QUICK.

Well, I need to leave the talk about my Doujinshi to the side for a little longer,
but behold- 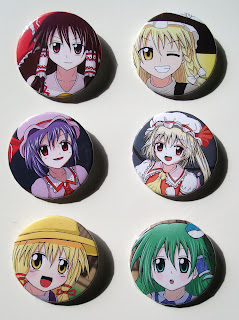 anyways...
but here's the head up-

I goes to Japan on the 24th, take two days to get there because of weird transit,
and arrive by the 27th over there.
...AAAAA THAT gives me less than 24 hours to revive from Jet Lag to Comiket @_@ not as planned.
Oh well, I need to take it easy and sleep as much as possible on the way to in order to be in shape.
Good thing my Day isn't the first, or I'd be pretty messed up.

Since I'm a second timer going to Comiket, I have the route down still fresh in my mind believe it or not.
I'll be taking all my stuff by hand (rolling bag) cause I'm not familiar with the delivery services yet.

...
my mind went blank.
well I need to get packing, I'll post later when I think of more stuff to say.
Posted by Kxela at 2:16 AM

Hope you have a fun there.~