...even though I didn't quite call the first part- part I
Here we go, where'd I leave off...

I got to LAX safely at Midnight. From there it was all about....killing time. It kinda sucked cause the lounge area I was at had power outlets but they were all taken. My iPod touch was running low on juice but I was able to post the previous blog (by the way I'll be updating them later with pics) 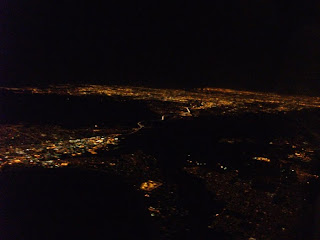 LA Midnight from The Sky 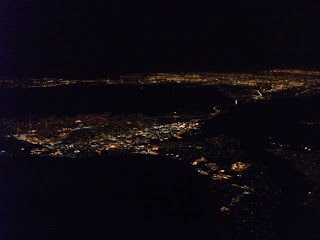 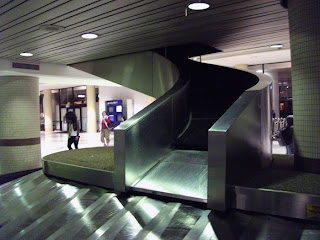 Waitin for my baggg of Comiket Goods

The first thing I did after getting off the Atlanta plane was getting my boarding pass to Japan. I got it but it was too early/late to check my bag in so I had to take my bag with me until 4am. Basically American Airline told me I should hang out at the int'l terminal. 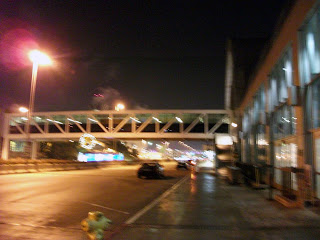 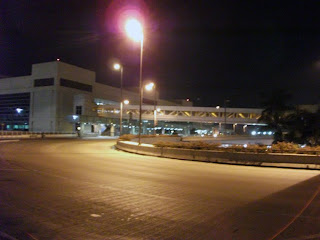 International Terminal Down the Street

I was starved cause my lil flights didn't get meals and I was living off the one sandwich my mom made for me... Right when I entered the international terminal: 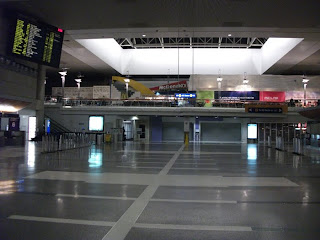 Hmm? What is that?

So I was able to eat at McDs at midnight on Christmas. LOL

I had the McRib meal which seems to have come back. I'm taking photos of food Dannychoo style with some figure in the photo...but: 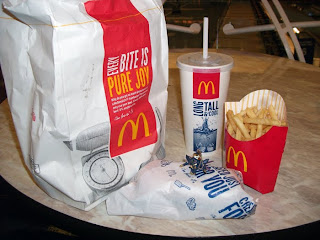 The only thing I brought along was my chibi Shinkiro (Code Geass) keychain figure. In my opinion... Shinkiro really looks like a happy meal toy in the picture I took with my McD food XD lol 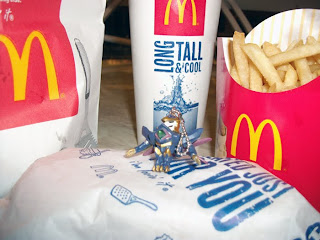 Shinkiro would be an amazing happy meal toy

Anyways I ate, and then pretty much just lounged around bored to hell and trying to snooze while staying awake... It was kinda tough. 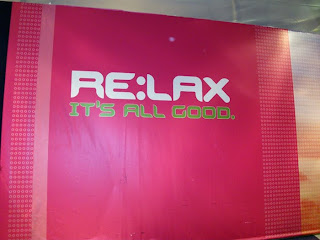 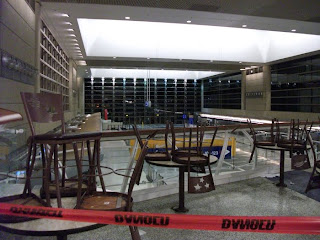 Airport Pretty Empty at 1am in the morning... 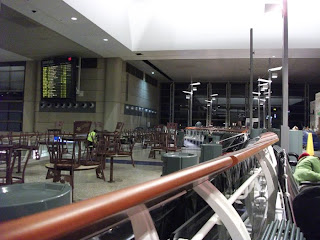 LOL security guards and people sleeping (including me) 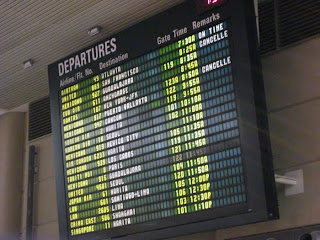 flight (since I leave from the other terminal) 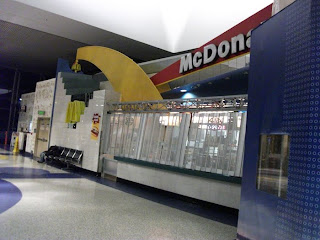 Mcdonalds closed by the time I left at 4am

Well after four hours of struggling I headed back to the bag check-in. There was a lot of people there now, it was empty when I got my pass. I quickly gave my bag and headed to the Gates.

Whoot! More killing time! This time I get to wait 7 whole hours!! I pretty much spent time at my gate (watched three flights take off before mine) and spent my money at the jet store (expensive airborne tablets, travel toothbrush, and chaplip- this which will probably save my life seeing how even the LA cold made my lips dry up, who knows how bad it'll be in Tokyo) 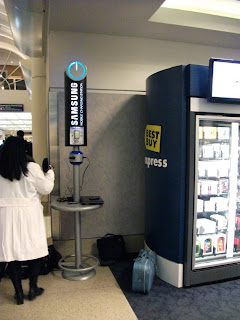 Good thing there was a charging station,

fueled up my ipod touch 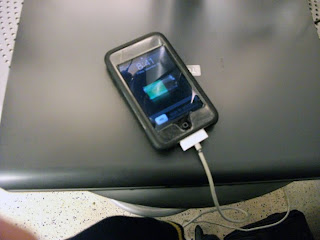 I went to Starbucks too, got a cheese Danish and a eggnog latte (tasted kinda funny, not bad, seeing how Ive never had real eggnog before). I was unfortunately too busy Playing Zelda: Phantom Hourglass (wow old? Yes, I never took the time to beat it) to take pics of my starbucks stuff (well, it wasnt much to take anyways)

I did snap my gate and also the plane we were taking to Japan. 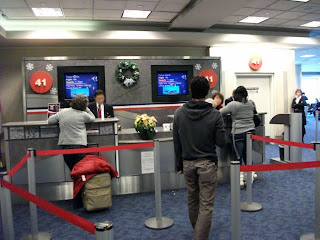 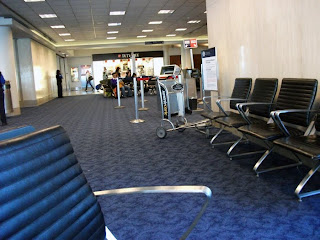 At 11:10am (felt like a whole day) we finally boarded the plane. 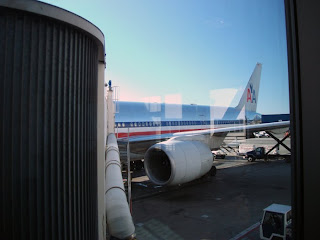 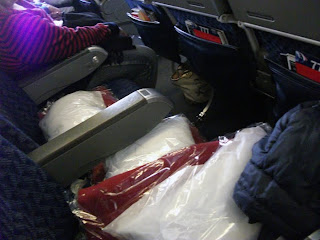 I sat at row 21, the two seats to my left were empty. More room for me!

I was super tired and doze off the first thirty minutes of the flight. It's a ten hour flight total.
We got snacks and then Lunch (forgot pics... Gotta learn to take them at every chance...) which partially good and partially nasty. Teriyaki beef, salad, bread/cheese were good, there was a couple pieces of nasty sushi- the rice was cold and hard, bleh.

Well eight hours left to my flight after lunch, I had tea so I was having trouble falling asleep. I asked for a beer (a heineken) cause I thought I deserved it after the ugliness in went through these last 24 hours... The lady said six bucks, I said okay and...?

You guessed it, I waited, just as I have been doing all week. After about oh 20 minutes she came back with it, said she forgot, and gave me the beer for free :D lol I seem to always be rewarded for waiting (which is by the way the biggest thing I HATE to do) 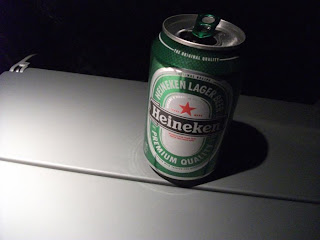 Free beer for me, at the price of waiting


After that I crashed (not the plane hahaha). I wished I slept for the remaining eight hours, but wishful thinking. I did however manage a straight three hours of sleep, which on a plane is not bad. 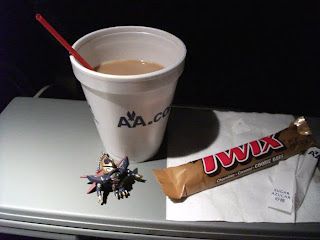 Well wide awake now I guess I should just stay awake. We got some candy with our next drink, I asked for coffee with my Twix bar.

And... I've run out of stuff to blog about! This is where I am, on the plane 4hours left, crossing the international date line, typing out this blog! 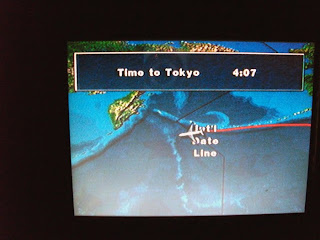 Well, killed another hour typing this, I'll post again so stay tuned! Also come back for the pics once I get them loaded with an actual computer!

- Posted using BlogPress from my iTouch
Posted by Kxela at 11:47 PM