I don't know what it is, but this has been the second pair of headphones I've won through an arcade crane prize game machine :P check out my last prize if you haven't: http://kxela.blogspot.com/2011/01/vocaloid-style-dock-headphones.html
Won it at my usual arcade territory- the Taito Arcade Station
Black Rock Shooter Head Phones, created by Banpresto, had three color schemes of Black Green, Black Blue, and Black White, the last one is what I got. Let's check it out. :D 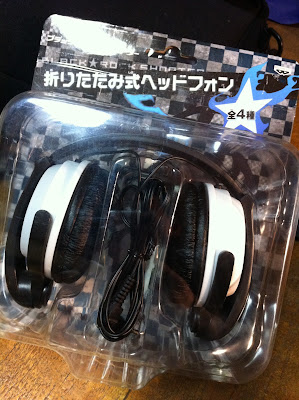 Says "set 4" so I guess there is another color I missed. 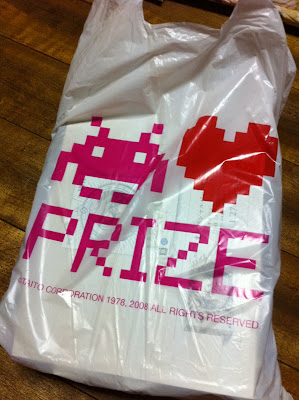 I was gonna put this image first, but youve seen this all to many times :P 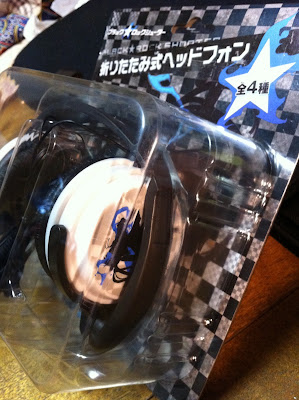 Side view of the box 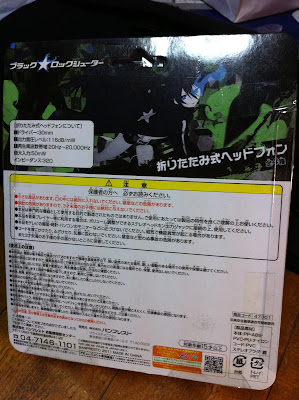 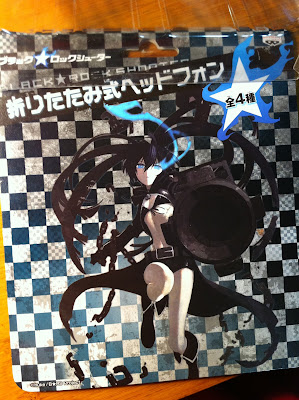 I love this BRS image, not a Huke image but still 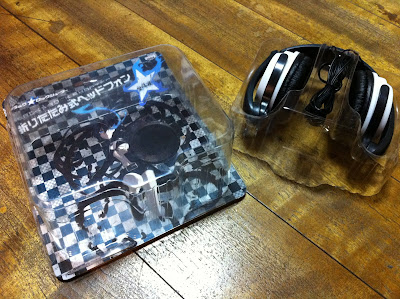 This thing was plastered shut with tape, I had to chop of the seals to get the thing out. 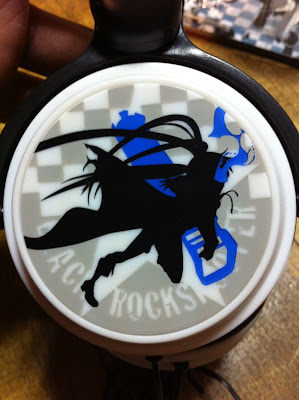 The image for the Headphones. Pretty Spiffy. 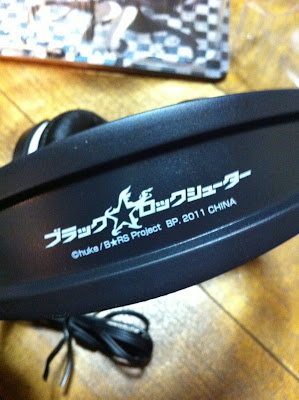 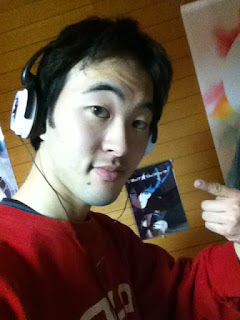 Anddd me wearing it 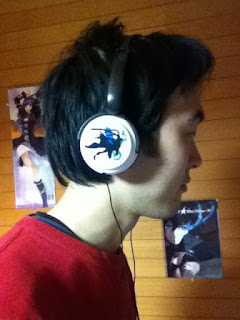 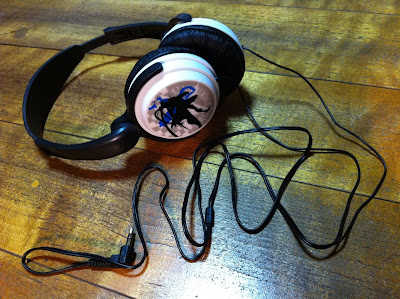 Nice amount of cord, as you saw in the previous picture it folds up pretty nicely to store or carry around. 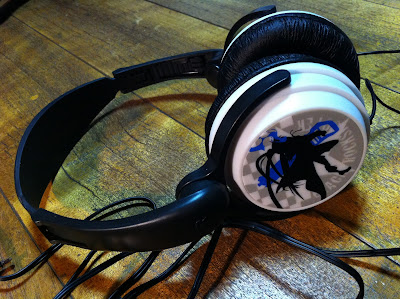 Hey so I was thinking of buying a pair of these :D.
Could you tell me the quality of them.
Thanks :)


I can check back here don't worry.

Honestly the sound quality isn't that great ^^; I'd stick to real headphones for music

:( I saw then on Play-Asia and thought they looked real cool :/ Only £12.61
Still like the design on them.
I like headphones which have a japanese/videogame/anime reference to them and don't know what to go for :/
What type of music are they not good for?
Everything or just Bass and synth type stuff.

It is my dream headphone. I saw it in one magazine and I fell in love on it. I really like the design and color of it. You are so lucky that you already have that headphone.

I am finding this game everywhere,but I didn’t get all of these.I got these at PIJ.BLACK ROCK SHOOTER GAME