Ahhh so this day I only had one table to see in mind so I took it easy and got to comiket at 7:00.

The wait to get in wasn`t so bad, we were placed on a sidewalk with shade. The final line up to get in was painful though, 15 minutes in the sun and then 5 to get in.

I really had to use the bathroom, so the crowd sorta forced my direction, I ended up going to the commercial booths first. I then found out that you can pretty much go to anyt booth on the third day and get what you want before having to wait in line-

I was able to go to these tables: Leaf, Cospa, Good Smile Company and a couple other animation studios or goods companies.

At Good Smile company all the FumoFumo characters were sold out but I got my hands on this: 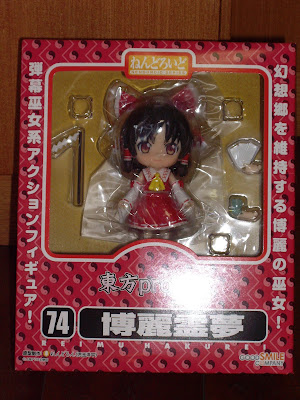 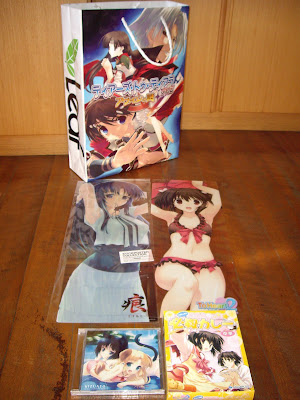 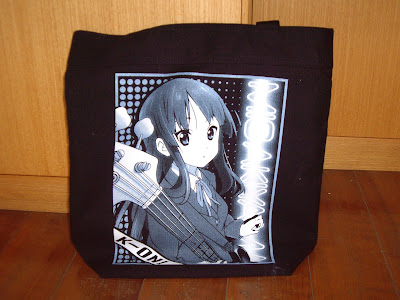 K-on! Tote from Cospa~ I used it that day to carry my stuff 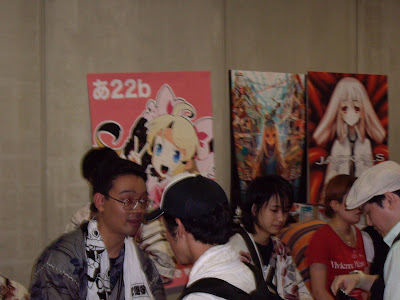 A22b- thats RYUSUKE HAMAMOTO`s table. Unfortunately both times I went, the artist himself wasn`t there. But I did get his books: 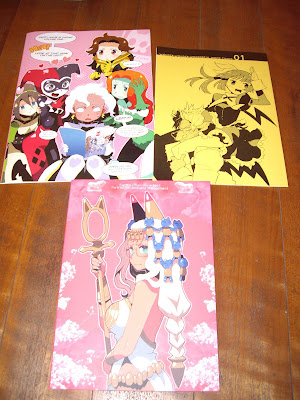 I also got books from: 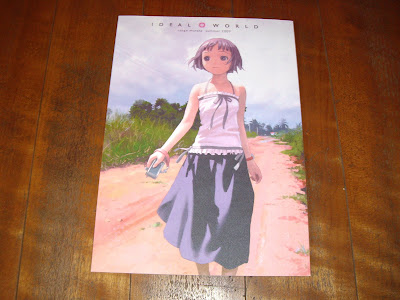 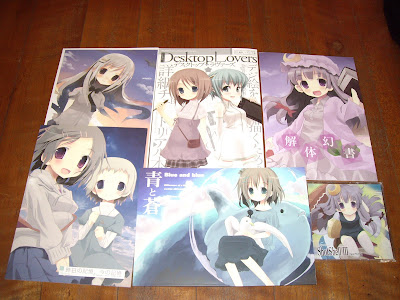 and a bunch of other amazing artists: 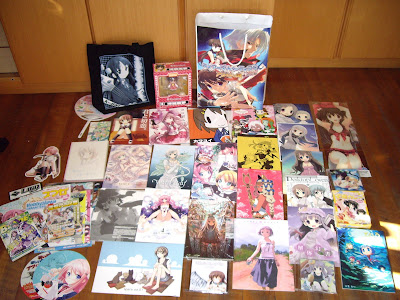 I was able to get a sketch again today~ 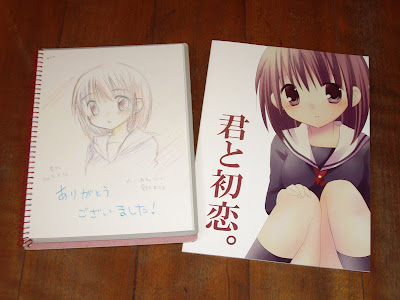 Thats the awesome thing about Comiket: you buy the comics/books directly from the artists and you even have a chance to get original art from them as a gift ^^

...although some tables are super busy (like popular ones) or some just aren`t ready to do sketches (ie they didnt bring materials to do so). I tried three tables today I think, the last one had a eraser by her so I figured she had her drawing stuff with her. Looks like she does original comics, the one I bought was super cute ^//^

...
well that pretty much wraps up my report.
here`s a semi-decent picture of me failing to get the big sight building in the snapshot of myself (its that thing in the middle right hand side) as proof I went there: 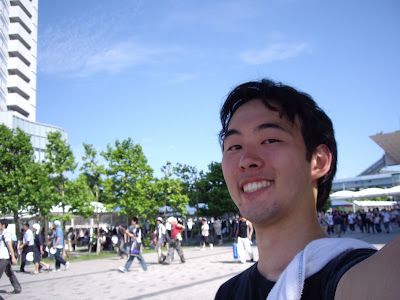 by the way Touhou Hisoutensoku is frickin awesome.
GO Sanae, Chirno, Chuugoku!
Theres a fair amount of new characters from what I`ve played :3